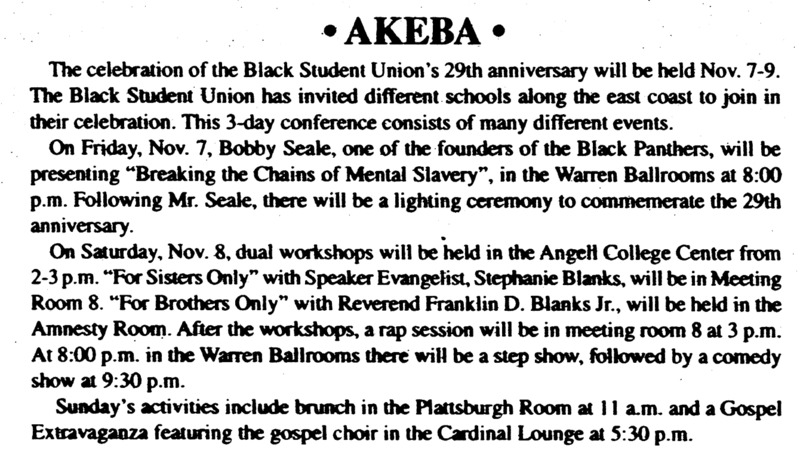 Announcement of Bobby Seale's upcoming talk on November 7, 1997, as part of the celebration of the 29th anniversary of the Black Student Union.

On Friday, Nov. 7, Bobby Seale, one of the founders of the Black Panthers, will be presenting "Breaking the Chains of Mental Slavery", in the Warren Ballrooms at 8:00 p.m. Following Mr. Seale, there will be a lighting ceremony to commemorate the 29th anniversary.

And Still We Rise